Gig Harbor Film Festival is the Biggest Event of the Year

Since its first festival in 2007, the Gig Harbor Film Festival (GHFF) has been steadily rising in popularity. With over 60 films and nearly 70 visiting filmmakers/directors/actors, it’s no wonder the GHFF attracts over 3,000 film fans every year.

Filmmakers have rated the GHFF on FilmFreeway as one of the Top 100 Best Reviewed Festivals — out of 10,000 festivals around the world.

“We can’t say enough good things about this festival! Everything ran so smooth, they had a great screening venue, tons of cool parties/events and it was just first-class all around,” sums up one filmmaker. “We can’t wait to visit beautiful Gig Harbor once again!”

The festival will kick off on September 22 with the Opening Night film, The Ventures: Stars on Guitars, starting at 6:30pm. Following the film, there will be a VIP afterparty at local favorite Fondi Pizzeria.

From feature-length films to shorts, there is something for everybody in the lineup this year. There will be five films that are made in Washington and several local documentaries. Featured Gig Harbor filmmakers include Peter Bortel and Carly Vester. The filmmakers and their creative team will attend Q&A sessions for the documentaries 700 Feet Down and Stand UP.

“I think this year’s lineup is going to be the best one yet,” says a local film buff. “We are really excited to return to the Gig Harbor Film Festival!”

For more information, you can check out the Gig Harbor Film Festival Program at https://gigharborfilm.org/wp-content/uploads/2022/08/2022-GHFF-Full-Program.pdf.

Don’t miss the hottest film festival in the nation!

The Gig Harbor Film Festival is emerging as one of the hottest destinations on the independent film festival circuit. Since our first festival in 2007, we have taken great care in providing an unforgettable festival experience for filmmakers and film-lovers. Today, our festival hosts more than 80 visiting filmmakers, screens over 100 films, and reaches an audience of over 4,000! All of our films are screened in the highest possible quality at the luxurious, state-of-the-art Galaxy Theatre in Uptown Gig Harbor. Surrounded by many popular restaurant options like Fondi Pizzeria and our Kiwanis VIP Lounge, the Galaxy theatre is an ideal festival hub for visitors and locals alike. Our festival programming provides three full days’ worth of film entertainment in a wide variety of genres, and offers something unique for just about every taste. We aim to cultivate a vibrant community of filmmakers and film-lovers who come together each year to celebrate their love of great cinematic storytelling. Thanks to our famous hospitality, many filmmakers choose to attend the festival in person, and offer Q&A sessions with audience members at their screenings. Combined with our lively party schedule, this creates a winning combination of networking opportunities and fun for industry professionals, and a festival experience for locals and visitors that is not to be missed. 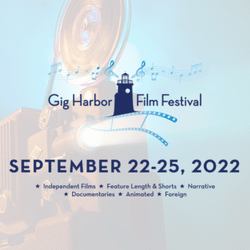