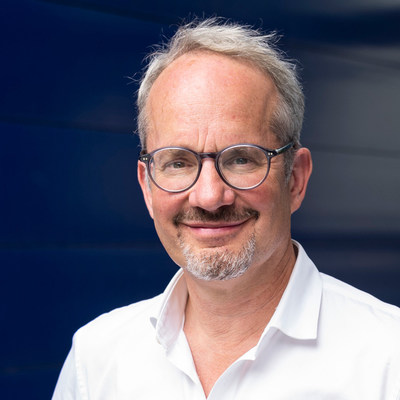 Dr. Hyman co-founded Dewpoint Therapeutics in 2019 to investigate the role of condensates in triggering diseases such as cancer and neurodegenerative diseases, including Amyotrophic Lateral Sclerosis (ALS), and to apply this breakthrough understanding of biomolecular condensates to transform the discovery of therapies for previously undruggable targets.

"We are exceptionally proud, and not at all surprised, to see the continued global recognition of our co-founder's astounding research, which is foundational to our work at Dewpoint. Because of Tony's early vision, Dewpoint is applying our understanding of the dysregulation of biomolecular condensates to advance a revolutionary approach to drug discovery. There is vast previously unexplored potential to develop novel treatments for patients across many therapeutic areas," shared Dr. Ameet Nathwani, CEO of Dewpoint.

Dr. Isaac Klein, Chief Scientific Officer at Dewpoint, added, "Tony's research led to an entirely new understanding of biology. He has transformed the way we think about the origin and treatment of diseases. Dewpoint is advancing these learnings to identify new targets and mechanisms of action across multiple biological pathways to develop therapies for conditions and targets previously thought undruggable. This has the potential to be the next great leap in drug discovery and make a real impact on patients' lives."

Tony Hyman is one of the founding members of the Max Planck Institute of Molecular Cell Biology and Genetics (MPI-CBG), which he still leads today together with a team of directors. He was awarded the EMBO Gold Medal in 2003 and was elected as a Fellow of the British Royal Society since 2007. In 2011, Hyman was awarded the Gottfried Wilhelm Leibniz Prize, the most important research award in Germany, and in 2018, he received the Schleiden Medal from the German National Academy of Sciences Leopoldina. In 2019, Hyman was awarded the Carl Zeiss Lecture for outstanding achievement in Cell Biology and was elected as an international member of the National Academy of Sciences. In 2020, was a co-recipient of the Wiley Prize in Biomedical Sciences. He is a member of the German National Academy of Sciences Leopoldina since 2021. He was awarded The 2022 Körber European Science Prize, the 2022 Hope Funds for Cancer Research Award for Basic Science and the 2023 Breakthrough Prize for Life Sciences. In 2019, Tony co-founded Dewpoint Therapeutics with Dr. Richard Young of the Whitehead Institute at MIT, with Dr. Philip Sharp serving as the founding Chair of the Scientific Advisory Board.

Dewpoint Therapeutics is the first company to apply the emerging understanding of biomolecular condensates to drug discovery. Dewpoint believes that a vast range of conditions have pathways that are regulated by condensates or arise from the dysfunction of condensates.

Over several years, Dewpoint has invested in a digital discovery platform and state-of-the-art biological or "wet lab" methods of investigating condensate function and targeting. This includes the development of advanced AI and computer vision capabilities, proprietary data and small molecule libraries, a proprietary knowledge graph of condensates and their functional connection to disease pathology, and compounds that modulate their behavior. Such compounds are referred to by the company as c-mods, and target condensates to restore normal condensate properties and cellular function.

Scientists or investors interested in biomolecular condensates can also visit condensates.com for news and updates in the field.

About The Breakthrough Prize

For the eleventh year, the Breakthrough Prize, renowned as the "Oscars of Science," recognizes the world's top scientists. Each prize is $3 million and presented in the fields of Life Sciences, Fundamental Physics and Mathematics. In addition, up to three New Horizons in Physics Prizes, up to three New Horizons in Mathematics Prizes and up to three Maryam Mirzakhani New Frontiers Prizes are given out to early-career researchers each year. Laureates attend a gala award ceremony designed to celebrate their achievements and inspire the next generation of scientists. As part of the ceremony schedule, they also engage in a program of lectures and discussions.